My two daughters are, in many ways, so alike. They both beat, both enjoy the shoot days and the countryside and are both involved with the shoot. My oldest, Hannah, is company secretary for Glemham Hall Shoot ltd and Deer Stalking in England ltd and knows what she is talking about when it comes to shooting game and deer stalking. She is also a good and safe rifle shot and is very good with the dogs that we keep. However, when it comes to shooting live targets herself, she’s just not interested. She’s happy to pick up dead game and enjoys seeing a good bird shot, but just draws a line when it comes to doing it herself. 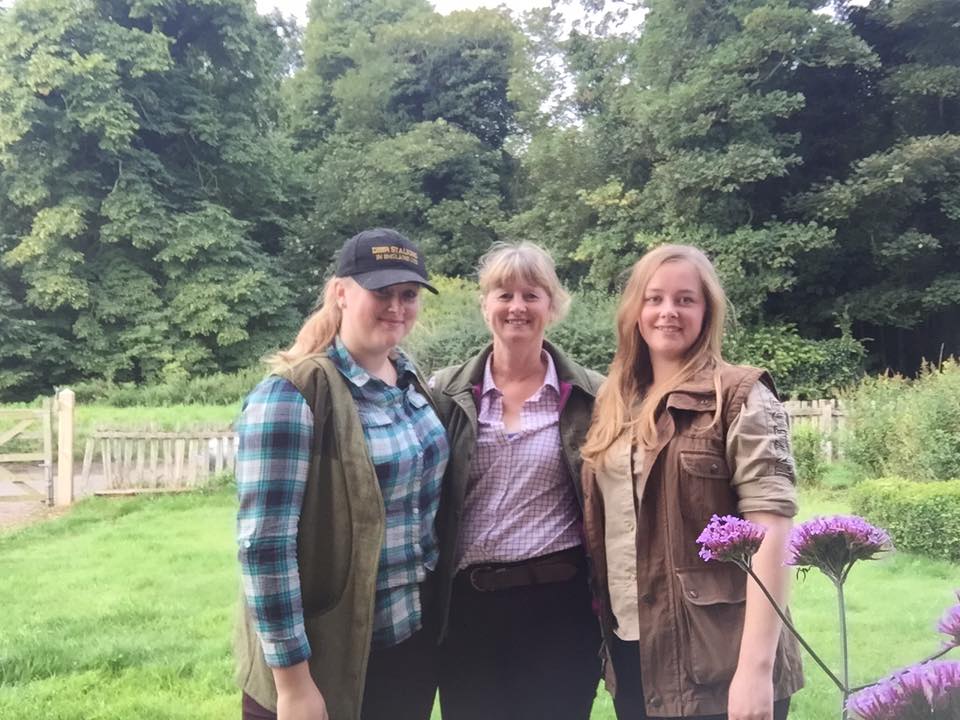 My youngest, Kimberly, my wife, Sue and my oldest, Hannah.

Our youngest on the other hand has, in the last 6 months, become far more interested in the job and has decided that when she leaves school next year, she would like to do a game keeping course at Otley collage and join the team here as an under keeper and stalker. She has always been fairly “hands on” and skinned her first deer at around 12 years of age. Then she shot her first rabbit and has since moved onto deer. At night with the .22LR she’s deadly on the rabbits but also very calm and collected. So after a little range work and many trips out with me on the shoot, I felt it was time to try to get her onto her first deer and see how she got on. We did a couple of stalks and a bit of high seat work but although we saw deer none were the right ones. However we changed all that on a warm August evening last year. Now before I go any further, I must just say that I have shot a lot of stuff and it has all become a bit mundane, but I really do like taking stalkers out and I get so much pleasure from seeing them take their animal, in particular their first. Also at Deer Stalking in England we do get a lot of stalkers who are first timers and we try to give all the encouragement we can. Together with the Introduction to deer stalking courses and the DSC1 and 2 courses, we have our fair share of newbies. And that’s great.

Kimberly came home from school and was soon changed and ready to go. As I said, she had stalked before but we had just been unlucky. We arrived with plenty of time to spare and parked up. Having gone through the safety and kitted up and loaded my Remington 700, we very carefully stalked into the entrance of a wood. Now I have release pens in here, so there were plenty of pheasants about and it was difficult to stalk without them giving the game away. However, as we looked down the side of a release pen we spotted a muntjac feeding on the ride where we had fed the birds earlier. Very carefully we both glassed it and it turned out to be a young buck, which through my Leica binoculars, I ranged it at 98 meters. Quickly up on the sticks and taking aim at the buck, it became apparent that it was not going to stand still for long, and with Kimberly on sticks I whispered instructions. “not yet it’s got to be side on, no there’s a pheasant in the way, no its head on, not yet wait till it lifts its head, take it if your happy” BANG. The buck kicked out backwards and ran forwards. I knew it was a good strike. She was shaking like a leaf and had really got the buck fever. I was literally jumping up and down on the spot and shared her excitement.  She wanted to go straight away to find it but I made her wait.

We gave it 10 minutes and then slowly walked forward. As we got to the area we found a lot of lung matter which backed up my theory on the strike being high lung. So explaining to Kimberly what we had to look for and that we now needed to find it, I let her track the animal. It was not long before I spotted it about 25 yards into the woodland but I didn’t let on, instead letting her follow the trail. A few minutes later she spotted it. I explained that we should now approach it slowly and we did with Kimberly checking for eye blink reaction. We pulled it out into a small glade and had the normal “grab and grin” photo, and then we hung the buck up and Kimberly gralloched it under my watchful eye. She did a great job, and two firsts in one evening. 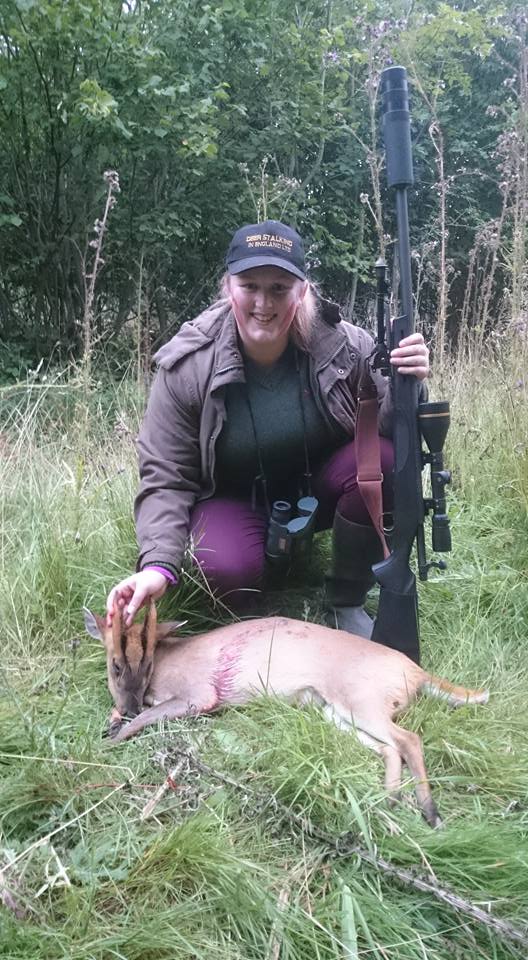 The point of all this is that I was so happy for her, I wouldn’t have felt a thing if I had shot it myself, only the knowledge that the job had been done cleanly and correctly. The excitement that I felt when I knew what she had achieved, the time taken, the patience she had shown and on the gralloch, the position of the shot being perfect, off sticks at 100 yards. I was thrilled.

We had a go for fallow later in the season, but my broken ankle meant that I had to get my cousin to take her out. One night, they got into a heap of Fallow but my cousin had to step back to try to switch his phone off that had rung at just the wrong moment. With the rifle up on sticks, Kimberly was left for a few minutes to make the correct call herself. She didn’t shoot. One animal behind another, heads down, animals moving all added to the problems but she held her nerve and put it down to experience. My cousin was full of praise for her, her safety and decision making were smack on.

Now she’s really got the bug, her next stalk will be for Roe in the next few days and then a small fallow buck  later in the season, and I must say I am looking forward to it. 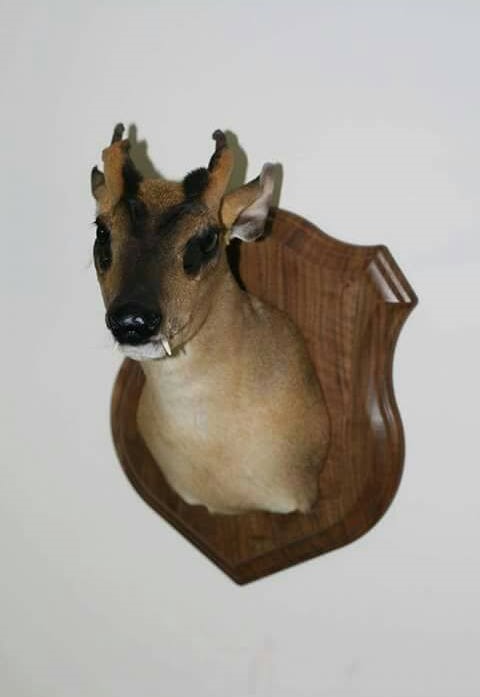 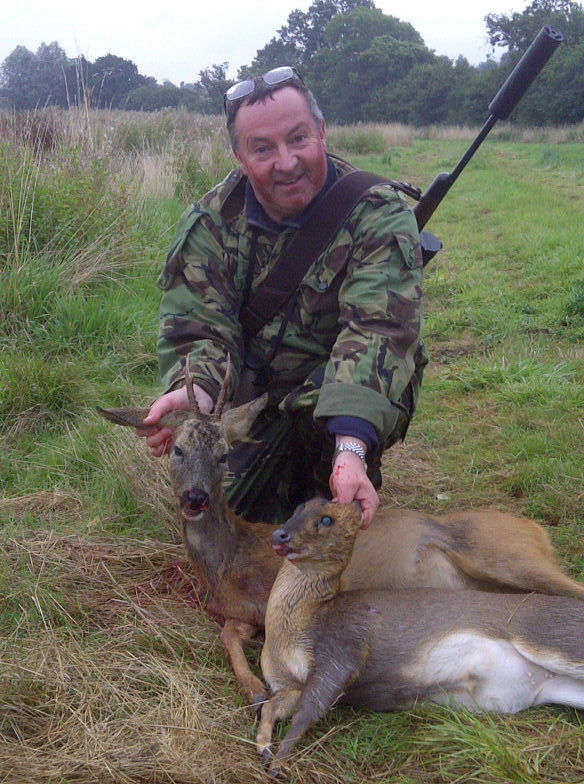 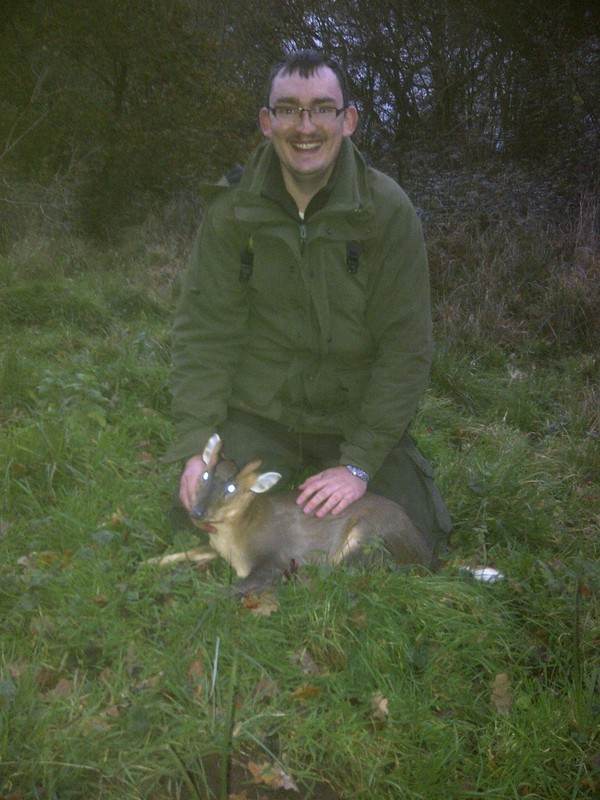 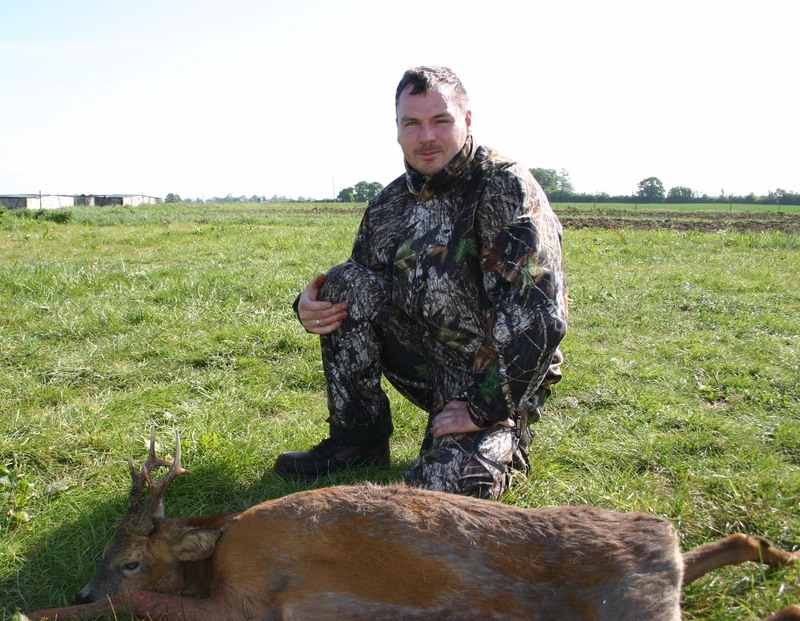 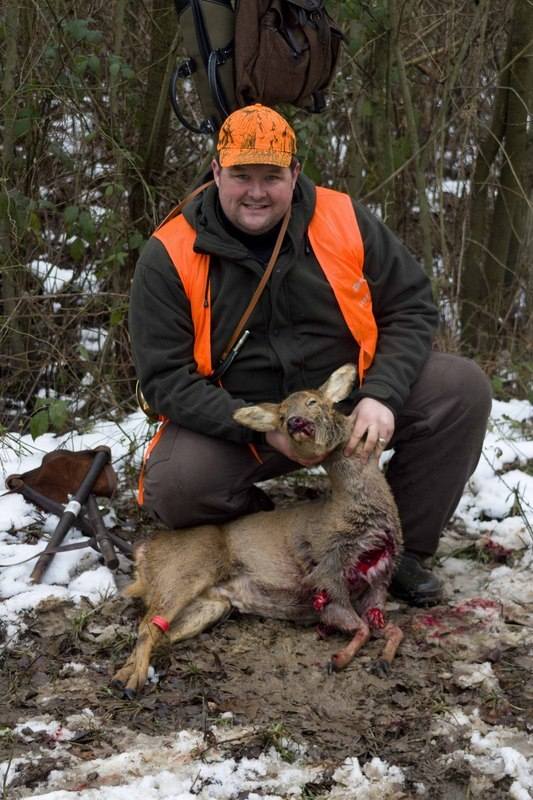 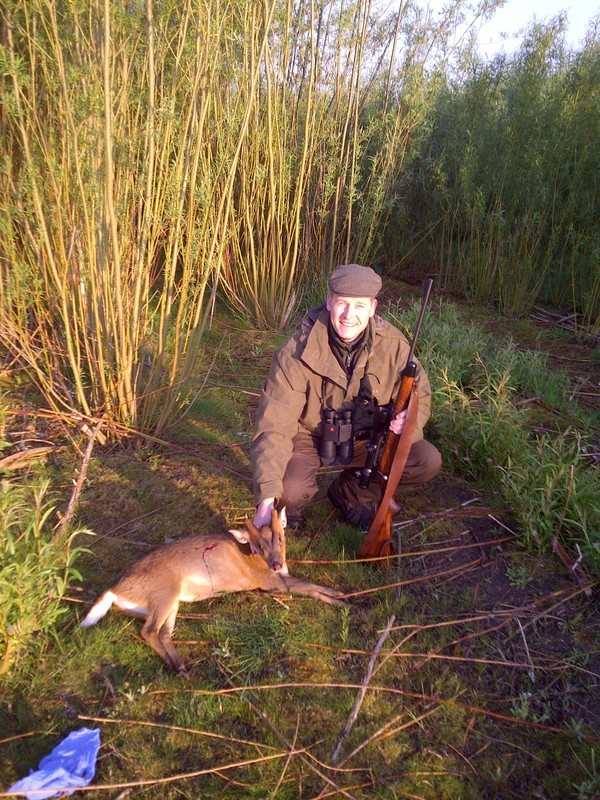 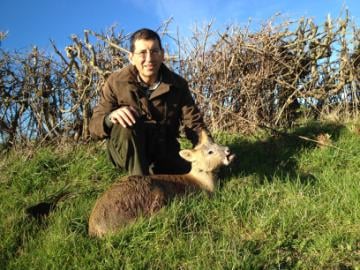 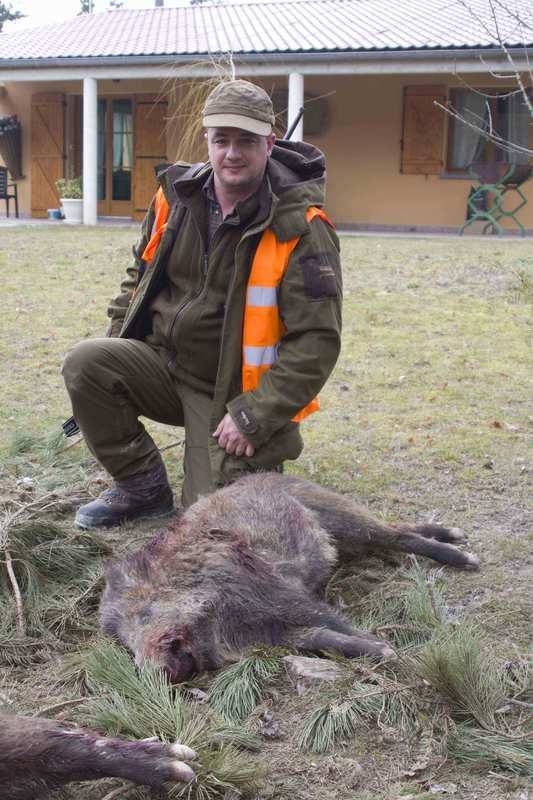 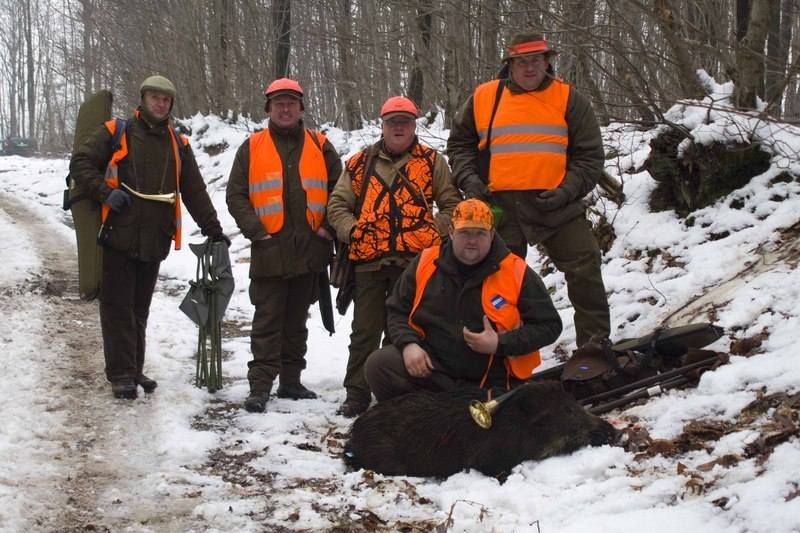 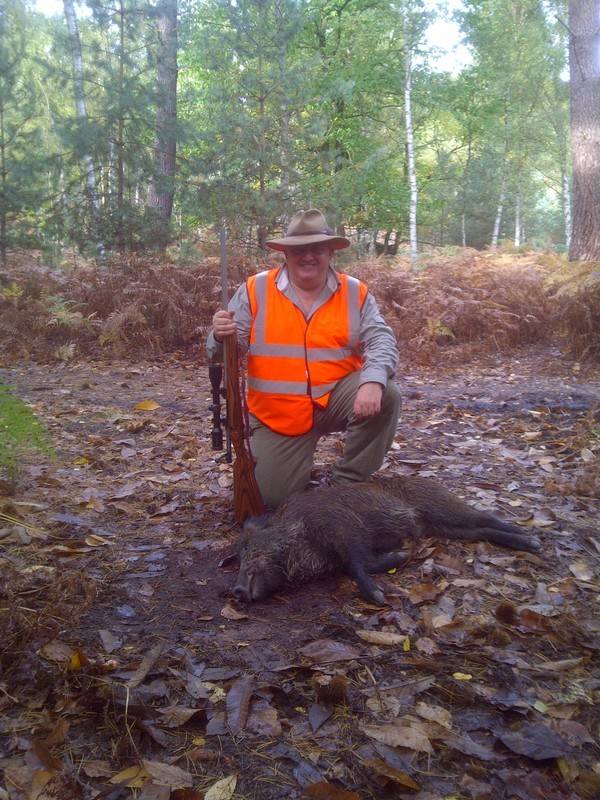 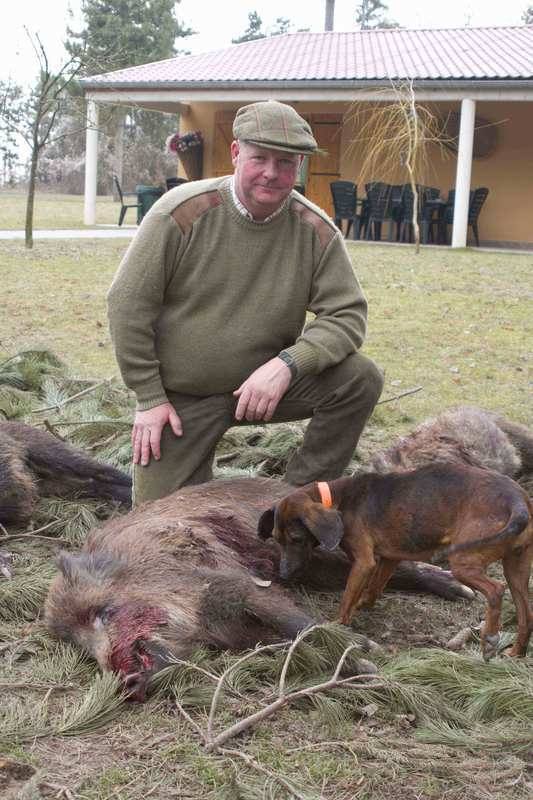